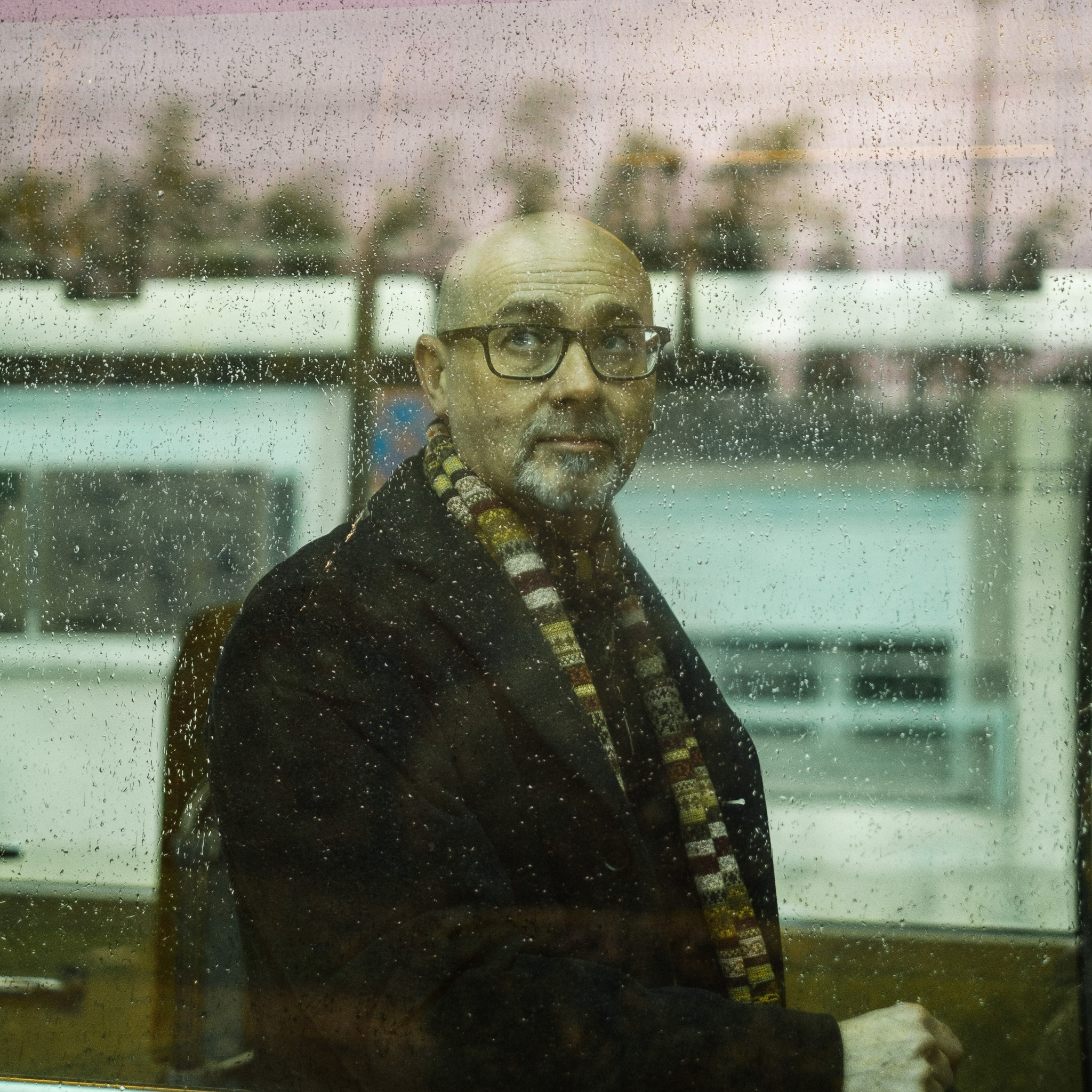 GARY BRUNTON was born in 1968 in Burnley, in the North West of England. He discovered the bass at the age of 15, seduced by the playing of Jean-Jacques Burnel (The Stranglers). In 1986, he studies at the university of Swansea (Wales). He was 18 years old when he met musicians such as Jonathan Lewis and Russ Jones, then discovered the music of Joe Henderson, Bill Evans and the playing of bassists George Mraz and Ron Carter.

At the end of the 80s, he studied at the CIM (Paris). In class, he met Pierre Christophe, Daniel Garcia Bruno and... Bojan Zulfikarpasic. Gary Brunton settles then permanently in France. He plays in Noël Akchoté's first quartet, with Julien Lourau and François Merville and also in a trio with the pianist Michel Graillier. He took private lessons with Henri Texier, Pierre Michelot, Dave Holland, Gary Peacock and Ray Brown. In 1993, he formed a trio with Édouard Ferlet and Gregor Hilbe. This trio became a quintet with Stéphane Belmondo and François Théberge. With Ferlet he recorded two albums: "Escale" and "Zazimut". He won a soloist prize at the 1995 La Défense competition.

In 1997, Gary Brunton started composing and formed a sextet Brunt'Off with Jean-Charles Richard on baritone/soprano saxophone, Frédéric Norel on violin, Luc Isenmann on drums, Éric Löhrer on guitar and Édouard Ferlet on keyboards. In 2001 Brunt'Off recorded the album "French Cricket". In 2007 he went to South Korea and recorded "Someday" with Laurent Guanzini on piano and collaborated with percussionist Kim Duk Soo.

Since then, he multiplies collaborations and sets up "Pee Bee", a big band with the Italian-Swiss saxophonist Claudio Pallaro. Pee Bee recorded four albums: Welcome to the PB, All of us 13, Dolce Vita and OR not to BE. He tours with American singer Sheila Jordan and records "Believe in jazz" In 2017 he tours China and Egypt with drummer Ichiro Onoé. In 2019 he forms and records "Night Bus" with Bojan Z and Simon Goubert. The album receives CHOC from Jazz Magazine, is named album of the week at FIP and receives 4 stars **** in the American magazine DownBeat. In January 2021 Night Bus is listed as one of the best albums of 2021. 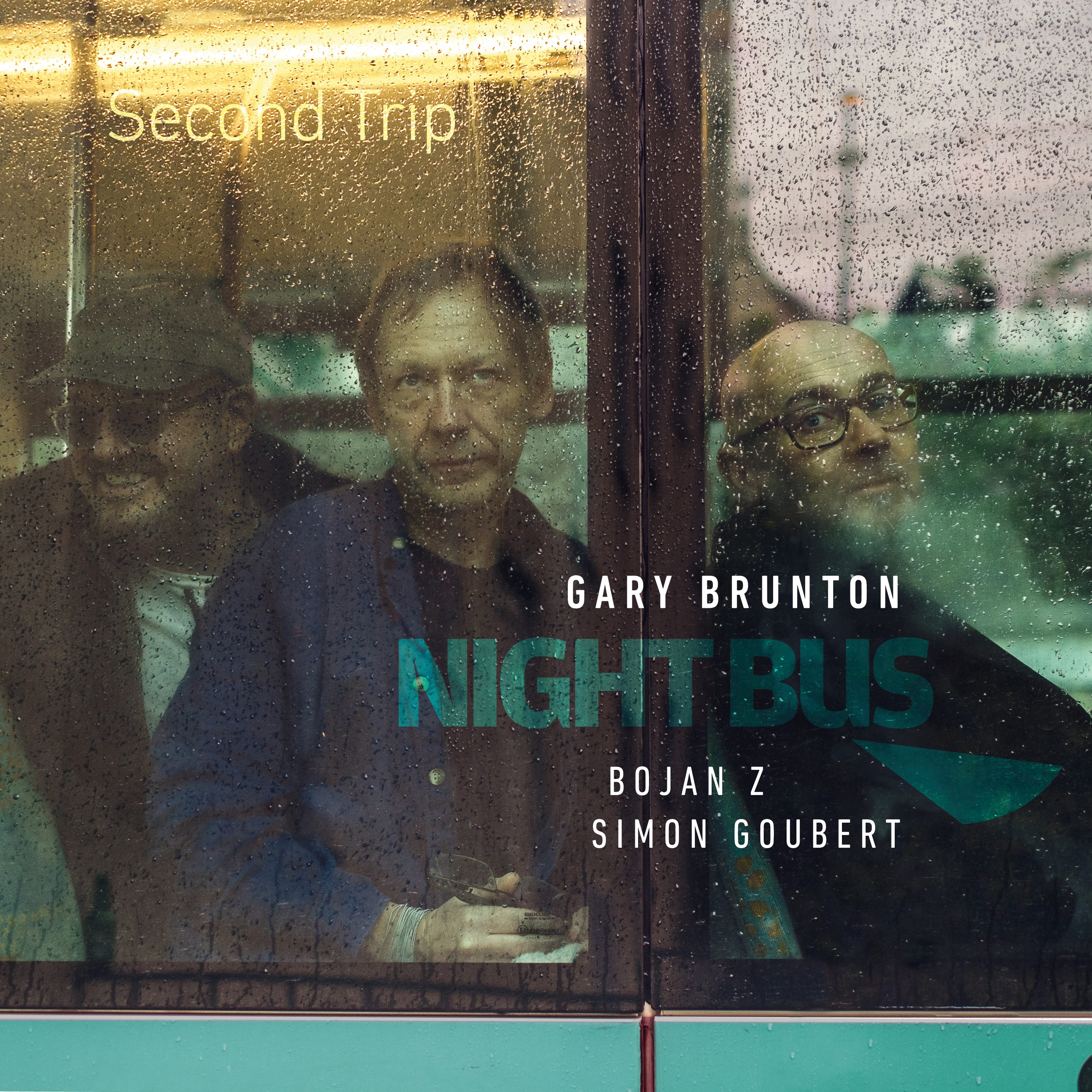 Paris, France. October 1988. GARY BRUNTON and BOJAN ZULFIKARPASIC meet for the first time. Enrolled in CIM jazz school, they play with Dave Liebman and Reggie Workman. The great Henri Texier becomes Gary’s teacher, thanks to an introduction from Bojan. After school, Bojan and Gary hang out together, in the jazz clubs of Les Halles : Sunset-Sunside, Duc des Lombards, and l’Eustache. They catch SIMON GOUBERT in concert and fall for his unique style.

Fast forward thirty years Gary is busy making waves with his Bigband Pee Bee but catches Bojan Z in concert with Michel Portal. A little later he crosses paths with Simon Goubert, playing with Franck Tortiller. Now that they are all well established professionals, Gary is haunted by the crazy irony that they have never had the chance to work together. He hatches a plan to form a trio with his old friends, and names it NIGHT BUS, for the long journeys home, when he and Bojan were still students together. Spring 2018 : Rehearsals begin, based around Gary’s compositions. November 2019 : Night Bus leaves the depot. Producer Paul Bessone jumps aboard and the trio sign to Juste une Trace. April 2020 : The lockdown heralds an inevitable reduction in service for Night Bus, but nevertheless, the album is well received and gets excellent reviews. Down Beat gives it four stars and lists it in the Best albums of 2020. Jazz Magazine offers CHOC and FIP radio votes it best album.

September 2020 : Spurred on by this, Gary prepares Night Bus for a new journey: SECOND TRIP. The inimitable François Jeanneau joins them as producer. Composer, arranger, saxophonist, original director of ONJ (Orchestre National de Jazz), Sacem and Boris Vian award winner and a pioneer of the free jazz movement in France; his unique approach and experience nurtures Night Bus, encouraging them to push at the edges of their arrangements and make radical changes. His vision becomes elemental to the SECOND TRIP creation process. The sensitivity and expertise of sound engineer Vincent Mahey at Sextan Studio completes the magic.

The road taken for this SECOND TRIP is paved with openness and the urge to explore. Spontaneity is embraced at every corner, provocation is actively sought out. No question of anyone relaxing in the comfort zone. Gary Brunton shoulders the role of band leader, arranger and composer. Both his writing and his choice of pieces push Night Bus to new frontiers. Jazz waltz meets swing, rock grooves with bossa nova; the beat is left free to expand, falling in, out and over itself as each arrangement demands. In Mingus House, Gary directly evokes elements of the legacy of Charles Mingus, and Simon drives each change of tempo with masterful restraint. Two wrongs don’t make a right showcases Bojan at his most delicate and playful, with a sparkling minimalist interplay that dares to recall Ravel, gradually teasing the trio into action.