Alune Wade began strumming guitar frets at six years old, egged on by an inspirational father who, at the time, was conducting Senegal’s Symphonic Army Orchestra. Precociousness was Alune’s middle name. Within years, he learnt scales for the piano, guitar and bass. Ismaël Lo’s bass player, Samba Laobé N’Diaye, lent him his first bass guitar at five and, irony of sorts, he took over from N’Diaye’s successor 12 years later.

In 1999, he began his recording career at the singer’s side for Lo’s seminal albums, first with Jiguen and, two years on, Dabakh. This was just one of a list of collaborations Alune Wade enjoyed over the decades. They read like a Who’s Who from the worlds of jazz and crossover music: Joe Zawinul, Marcus Miller, Oumou Sangare, Bobby McFerrin, Youssou N’Dour, Cheick Tidiane Seck, Harold Lopez-Nussa, Lokua Kanza, Blick Bassy, Fatoumata Diawara… the list goes on.

His inspirations — Weather Report, Charlie Parker, Salif Keita, to name but a few — reflect musical choices he made. Many were distilled in explorations with the aptly named University of Gnawa, an ‘institution’ Alune co-founded with the mesmeric Aziz Sahmaoui — the virtuoso singer and sinter player, formerly of l’Orchestre National de Barbès, also makes an appearance in Sultan.

In May 2022, he will realease his last album, Sultan. Few artists would dare to tackle quite such a kaleidoscope of music styles and accompanying socio-political issues in the space of 12 songs and 66 minutes. And yet, in this fifth solo album in 15 years, Alune Wade achieves this with effortless mastery. On this epic record, the 43-year-old journeyman is accompanied by his faithful band and a couple dozen guest stars who have been regular accomplices in the bass player’s 37-year music career. 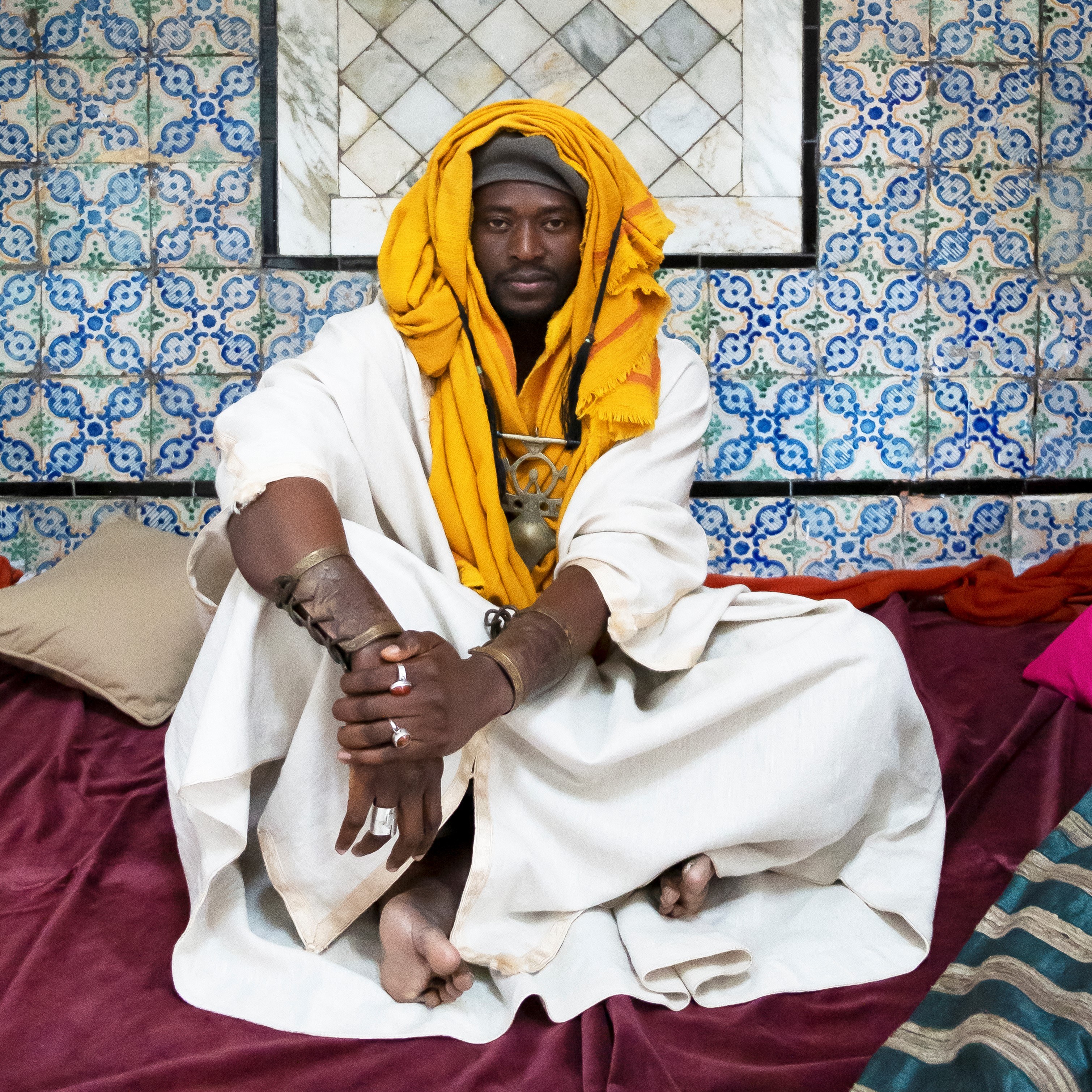 This 2021 apparition first germinated in the bassist’s mind as he was wrapping up album number four, African Fast Food. But Alune’s reflections go well beyond mere music spheres. He has always displayed a sensitivity to the historical, social and political turmoil of our times and these infuse these 12 songs, as explained in the adjoining liner notes. “I have never stopped reading. And I decided to go on a philosophical mission based on Africa’s untold history: I wanted to recount it in another way, take off layers of revisionism, inch closer to the original sources.” The COVID-19 lockdown gave him some breathing space in an Ile-de-France home shared by his partner and their child. Alune’s vision sometimes strayed the Mother Continent’s diaspora.

In this latest opus, Alune’s focal point is Tunisia. A 25-day residency supported by the Institut Français de Tunis 5 kickstarted the project in January 2021. His residential villa in La Marsa, next to the Tunisian capital, became a rehearsal base for Alune and mercurial vocalist Mounir Troudi. The latter helped the former assemble the leading lights of the country’s traditional music scene. “It was a true discovery for me, I had been more acquainted to Moroccan and Algerian sounds. But much had familiar echoes: the Stambouli style, for example, mirrors the diasporic culture of the Gnawa, a music I’ve grown to embrace over the years.”

Once the rehearsals consolidated the crossover experiments Alune sought, he took them to Tunis’ modern Arpège studios. He then left the Mediterranean shores to share them in New York and Paris with multi-Grammy winning producer/engineer/mixer Nic Hard (of Snarky Puppy, The Klezmatics, Elizabeth Chan and-a-plethora-of-others fame). Hard used his years of experience to knead the long explorations of this bass conductor into cohesive whole. This tapestry now goes by the name of Sultan. It’s an Arabic name both masculine and feminine newborns, a word used not only in Arabic but also Turkish, Bengali, Avar and Urdu.

This royal image and figure suits Alune Wade to a tee: a graceful confidence, a calm authority, and an intensity that his bass playing echoes throughout these 12 musical chapters. Like all wise leaders, he has surrounded himself with accomplices who shoulder the responsibility Alune delegates, entering a creative dialogue that he has the secret of. These outside artists have been part of the illuminati from Paris’ world music sphere for decades. They do honor to the restless explorations of an artist whose initial inspirations balanced delicately along a fine invisible line — between the creative artistry of his conductor father and thedown-to-earth realism of his nurturing mother... 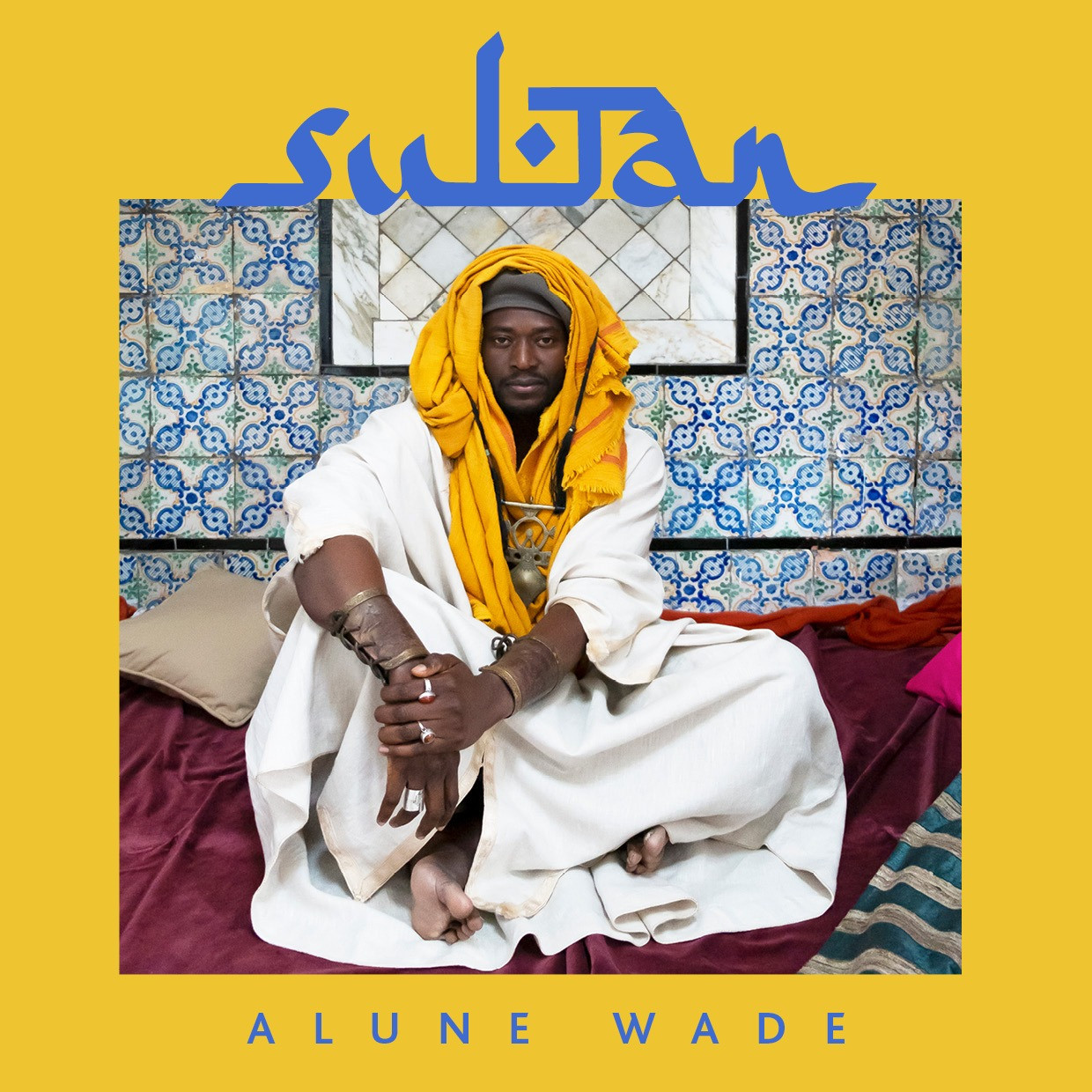 Videos
Photos
Press
La Voix du Nord
« Alune Wade succeeds in making a perfect album, where virtuosity never encroaches on the beauty of the melodies, the arrangements and the strength of the themes. »
Glide Magazine
« Fusing jazz, Afrobeat, and the African style, highlife, Wade called on local musicians from Northeast Africa as well as from both Paris and New York to shape this highly percussive, multi-textured, polyrhythmic stew. »
Glide Magazine
« This richly conceived and impeccably rendered project is an early leading candidate for one of the top world music albums of the year and cements Wade’s reputation as one of the leading world music musicians of the past twenty years. »
Jazz Magazine
« Alune Wade is a fine composer and a brilliant bass player whose agility, roundness of sound and frank search for groove are enough to captivate. »
Katia Touré
Amina
« Alune Wade's compositions are as reflective as they are instinctive, a reflection of his life as a musician and a human being. »
Afro Jazz
« Alune Wade signs here an album full of grace and majesty. [...] It is a feeling of perfect balance that emerges when listening to the ten tracks that make up this recording. »
Djam
« Alune Wade's style and the alliance between Afrobeat and jazz resonate even more strongly in the light of his career and this new project, the fruit of the last ten years that have made him a key player on the international scene. »
Marion Paoli
Paris Move
« Alune Wade sings superbly well and one can easily be bewitched by her voice, especially since it is always surrounded by superb musical accompaniments. »
Dominique Boulay