Guitarist, composer and producer, Thomas Naïm began playing the guitar at the age of 12. Influenced first by Rock, he then became interested in many musical currents: Funk, Brazilian music, Reggae or electronic music and finally became passionate about Jazz.

In 2011 he creates a quintet composed of bassist Marcello Giuliani, pianist François Faure, drummer Raphaël Chassin and trombonist Daniel Zimmermann. With them, he recorded the instrumental album "Dust" whose music, composed by him, draws its inspiration from both blues/rock and modern jazz. In 2013 he joins Claire Diterzi's tour for the album "Le salon des refusées" (Naïve). In 2014, "Dernier rappel" by Tiken Jah fakoly is released, on which he appears as a guitarist, bassist and composer. On the stage, he starts to play with the Cape Verdean singer Mayra Andrade, for a tour that lasts until 2016.

In 2015, he participates in the musical "Dirty Dancing" and joins Hugh Coltman's band for the tour "Shadows: songs of Nat King Cole" which will last more than two years. The group performs in the biggest jazz festivals, including Jazz in Marciac, Jazz à Juan or Jazz à Vienne, a concert that was recorded and released on the album "Shadows: songs of Nat King Cole Live at Jazz à Vienne". Between 2016 and 2018, Thomas has performed on stage with the English singer Ala.ni (Montreux Jazz Festival, Northsea Jazz...). He has also participated in the musical "Bodyguard, the musical" under the musical direction of David Aubaile. Released in November 2018, "DESERT HIGHWAY" has been recorded in a trio format with Marcello Giuliani on double bass and Raphaël Chassin on drums, an album between jazz, blues and folk, evoking both Ry Cooder and the aesthete Bill Frisell.

In 2018, he starts to collaborate with the singer Yaya Minté on stage and in studio. He has also participated in the fourth album of Renan Luce released in May 2019 by Barclay. Released digitally on October 18, 2019, "DESERT HIGHWAY LIVE" was recorded at the Sunset with his trio composed of Marcello Giuliani on double bass and Raphael Chassin on drums. Nearly 18 years after the release of their first album, the duo Tom & Joy got together again to record a new album with new compositions, « VOLTAR ». It has been released in February 2020 exclusively in Japan on the label Rush Productions and distributed by Ultra Vybe.

On November 13, 2020, his new jazz/blues trio opus, "SOUNDS OF JIMI" (Rootless Blues/L'autre Distribution) has been released. This is an important event for Thomas cause it’s an album that pays tribute to a musician that had a great impact on him, the American guitarist Jimi Hendrix. This album also benefits from special guests Hugh Coltman, Erik Truffaz, Célia Kameni and Camille Bazbaz. 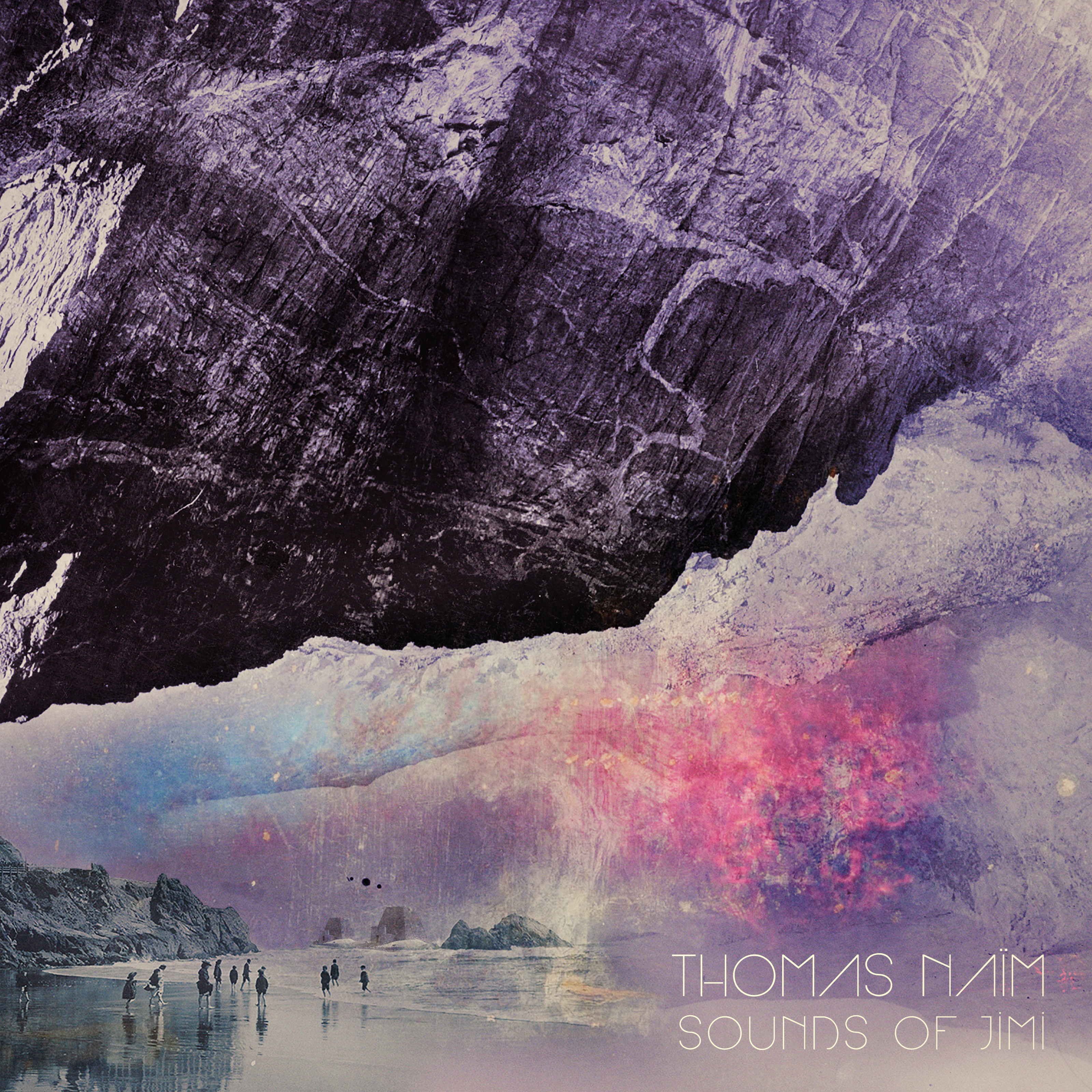 Play Hendrix without plagiarizing, rewrite, reinvent legendary tracks without misrepresenting them, that’s the challenge Thomas Naim gave to himself in 2020, a year that marks the 50th death anniversary of the most legendary guitar hero.

The story begins in the early 90’s, when starting playing guitar Thomas eared the delightful sounds of Purple Haze, opening title of a James Glickhenhaus movie. He felt something he would never forget.

The young guitarist who’s knowledge was recent, began to dig deep into the Seattle-born musician’s discography. He’s entry door to Jimi’s world will be one of the available compilations in record stores.

Cornestones – 67/70 is already a first piece, but Thomas is attracted to less popular titles, like Drifting and Freedom. He’s next move will be Live at Monterrey 67. Binging it, repeatedly, fascinated by the energy and the pyrotechnical prowess. He will later discover live albums, Woodstock, the Isle of Wright, and Berkeley and listen a lot to Band of Gypsys. An entire teenage world furnished by an idol.

Later on, becoming a professional guitarist and renowned musician, Thomas remember playing Hendrix sometimes on stage, with humility, not feeling ready to get even close to an icon. Thanks to Hugh Coltman’s voice shining on the track Castle made of sands on a stage during a show, the idea of a tribute album appeared. Thomas went back to diving into Jimi’s more confidential tunes, and into Jimi’s performances as a composer.

The first envy is not to create a cover song album, but to reinvent, and to find a more personal approach. Except for 3 sang titles, a more instrumental approach was privileged. The biggest part of the challenge was actually to play like the compositions would belong to the trio, will have their sound.

The result, a personal lecture of chosen tracks sometimes underrated, and the strong envy to revisit Jimi’s artwork on a new mode. 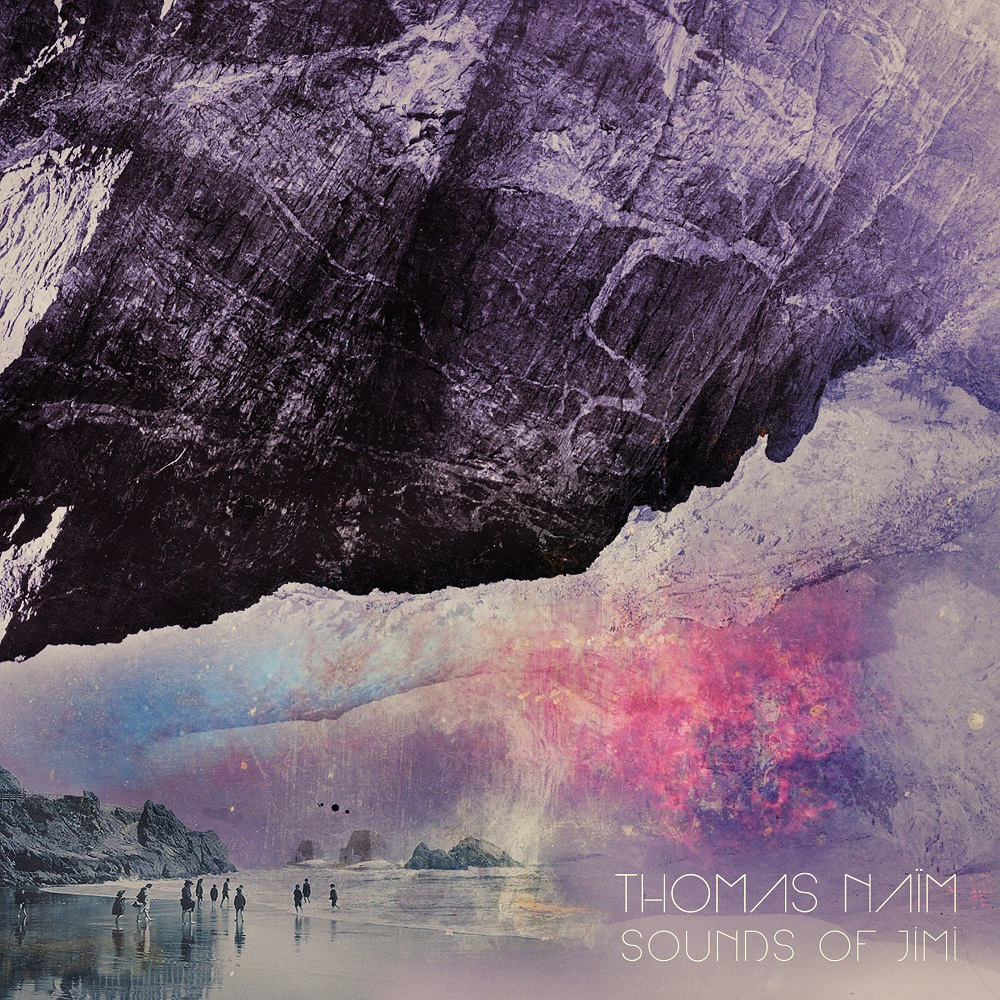 Videos
Photos
Press
Jazz Radio
« Un artiste aux multiples talents! »
Jazz Magazine
« Thirteen Hendrixian marvels are thus rearranged with exquisite taste, according to very varied sonic approaches, with all the restraint and invention that befits musicians who measure the importance of making their instrument sing. Bravo. »
Soul Bag
« A very personal vision, full of finesse and elegance [...] A charm close to the best works of John Scofield or Bill Frisell. »
TSF Jazz
« Guitar Hero 2020 »
Jazz Rhône-Alpes
« An inventive rewriting [...] a wonderful album for lovers of simply good music. »
Polar Jazz Blues
« Superb arrangements for a game all in feeling. Thomas and Jimi, pair of aces. »
Télérama Sortir
« Naïm takes his music to less psychedelic spaces, a more earthy, rocky blues. It was a risky undertaking, but it turns out to be very successful - and it's a definite Hendrix fan who writes it. »